MENA Region pillar
Peaceful Planet is an International NGO. We are developing Regional Pillars to achieve our goal of providing Human Rights education that creates peace, harmony and prosperity in the minds and lives of people planet wide but especially where there is conflict, discord and poverty. We are developing pillars for each major region, starting with the MENA region (Middle East and North Africa). 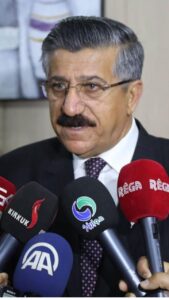 Mahmood is from Halabja, Kurdistan, Iraq, the main target of the poison gas attacks by Saddam Hussein’s forces in the 1980s. Mahmood was awarded a BA in political Sciences from Sulaimani University in Kurdistan, Iraq and worked as Head of Relations for the Patriotic Union Kurdistan (PUK) between 2009 and 2014. He served as Minister of Martyrs and Anfal (Genocide) Affairs in Kurdistan Regional Government of Iraq and was Chairman of the Committee for Genocide against Kurdish Yezidis and other religious and ethnic minorities in KRG. He has also worked on other human rights issues and has received formal letters of  recognition and appreciation for his stand against corruption in the region. Mahmood worked with the Commission of International Justice and Accountability for more than four years to document the crimes committed against Kurdish Yezidis and other religious and ethnic minorities. He helped and supported the establishment of documentation centres for accumulating evidence of the crimes committed against Kurdish Yezidis in Erbil, Dohuk and Sulaimani. He also visited ICC in Hague in Netherlands to register formal complaints and build a case against the crimes committed against Yezidis by the Islamic States in Iraq. He travelled to the UK, USA, Sweden, Poland, Netherlands, Belgium, France, Portugal and Switzerland and other countries to create international awareness, understanding and recognition of the crimes committed by the Islamic States.

Mahmood was born on 1962 into a well-known family in the area. His father, Haji Salih, an agriculturist who farmed his own lands, was very well known for his generosity and kindness as well as for his Kurdish patriotism. 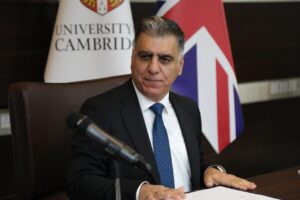 Degrees
Mohammed was awarded BA in English Language and Literature in 2000 from Salahadeen University in Erbil. He got MA in English Methodology and Applied Linguistics in 2006 from Diyala University. He was an Exchange Faculty to Appalachian State University, NC, USA in 2009. He was an Academic Visitor and PhD Research Scholar at Aston University, UK in 2010. He received a PhD in English Linguistics and Pragmatics from Sulaimani University in 2011 and a CPD (Continuing Professional Development) Level 3 Award in Introduction to Law, High Distinction on 30th March, 2020.

Activities
Mohammed has attended over 50 conferences locally and internationally in USA, UK, Germany, France, Switzerland, Italy, Turkey, UAE, Portugal, Kenya, Sweden, Poland, Netherlands, Belgium, Jordan. He participated in seminars, workshops and forums inside and outside Kurdistan Region. He has contributed to more than 10 research projects and has had three published books by Lambert Academy publications in Germany which are available on Amazon. He is very focused on human rights and the documentation of the crimes against humanity and genocide issues. He played a very important role in documenting the crimes committed against Yezidis in 2014 by Islamic states.

Life and Family
Mohammed’s family fled to Iran between 1974 and 1976 because of their opposition to the former Iraqi regime Saddam Hussein. In 1976 his family returned to Iraq but were banished to the south of the country where he was born on 2nd September, 1978. In 1991, when Mohammed was 13, his family again fled to Iran during the second Gulf war and lived in a refugee camp. Mohammed’s life experiences have shaped his passion for human rights and for creating a better future for the people of the MENA region. He is married to Bahar Mohammed Kareem and he is a father to three sons (Dahen, Dahat and Rawen). He speaks Kurdish (Native); Arabic, English and Farsi (Intermediate).